MD and DNP: WHy 20,000 Hours of Difference in Training and Experience Matters

MD and DNP: WHy 20,000 Hours of Difference in Training and Experience Matters

As southern states entertain legislation granting nurse practitioners independent practice rights, there are some finer details which deserve careful deliberation.  While nurse practitioners are intelligent, capable, and contribute much to our healthcare system, they are not physicians and lack the same training and knowledge base. They should not identify themselves as “doctors” despite having a Doctor of Nursing Practice (DNP) degree.  It is misleading to patients, as most do not realize the difference in education necessary for an MD or DO compared to a DNP. Furthermore, until they are required to pass the same rigorous board certification exams as physicians, they should refrain from asserting they are “doctors” in a society which equates that title with being a physician. 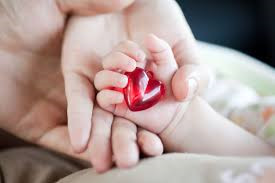 After residency, a physician has accrued a minimum of 20,000 or more hours of clinical experience, while a DNP only needs 1,000 patient contact hours to graduate. As healthcare reform focuses on cost containment, the notion of independent nurse practitioners resulting in lower healthcare spending overall should be revisited. While mid-level providers cost less on the front end; the care they deliver may ultimately cost more when all is said and done.

Nurse Practitioners already have independent practice rights in Washington State. In my community, one independent NP has had 20 years of clinical experience working with a physician prior to going out on her own.  Her knowledge is broad and she knows her limits (as should we all); she prominently displays her name and degree clearly on her website. This level of transparency, honesty, and integrity are essential requirements for working in healthcare. Below is a cautionary tale of an independent DNP elsewhere whose education, experience, and care leave much to be desired. I thank this courageous mother for coming forward with her story.

After a healthy pregnancy, a first-time mother delivered a beautiful baby girl.  She was referred to “Dr. Jones,” who had owned and operated a pediatric practice focused on the “whole child” for about a year. This infant had difficulty feeding right from the start. She had not regained her birthweight by the standard 2 weeks of age and mom observed sweating, increased respiratory rate, and fatigue with feedings. Mom instinctively felt something was wrong, and sought advice from her pediatric provider, but he was not helpful.  This mother said “basically I was playing doctor,” as she searched in vain for ways to help her child gain weight and grow.

By 2 months of age, the baby was admitted to the hospital for failure to thrive. A feeding tube was placed to increase caloric intake and improve growth. I have spent many hours talking with parents of children with special needs who struggle with this agonizing decision. It is never easy. A nurse from the insurance company called to collect information about the supplies, such as formula, required for supplemental nutrition. Mom was so distressed about her daughters’ condition, she could not coherently answer her questions. As a result, the nurse mistakenly reported her to CPS for neglect and a caseworker was assigned to the family.

Once the tube was in place, the baby grew and gained weight over the next three months. At 5 months of age, mom wanted to collaborate with a tube weaning program to assist her daughter with eating normally again.  A 10% weight loss was considered acceptable because oral re-training can often be quite challenging. As this infant weaned off the tube, no weight loss occurred over the next two months, though little was gained. She continued to have sweating with feeds and associated fatigue. On three separate occasions mom specifically inquired if something might be wrong with her daughters’ heart and all three times “Dr. Jones” reassured her “nothing was wrong with her heart.”

However, “Dr. Jones” grew concerned about the slowed pace of weight gain while weaning off the feeding tube. Not possessing the adequate knowledge to recognize the signs and symptoms of congestive heart failure in infants, he mistakenly contacted CPS instead. After being reported for neglect a second time, this mother felt as if she “was doing something wrong because her child could not gain weight.”  This ended up being a blessing in disguise, however, because the same CPS worker was assigned and recommended seeking a second opinion from a local pediatrician.

On the first visit to the pediatrician, mom felt she was “more knowledgeable, reassuring, and did not ignore my concerns.” The physician listened to the medical history and upon examination, heard a heart murmur. A chest x-ray was ordered revealing a right-shifted cardiac silhouette, a rather unusual finding.  An echocardiogram discovered two septal defects and a condition known as Total Anomalous Pulmonary Venous Return (TAPVR), where the blood vessels from the lungs are bringing oxygenated blood back to the wrong side of the heart, an abnormality in need of operative repair.

During surgery, the path of the abnormal vessels led to a definitive diagnosis of Scimitar Syndrome, which explains the abnormal growth, feeding difficulties, and failure to thrive. This particular diagnosis was a memorable test question from my rigorous 16-hour board certification exam, administered by the American Board of Pediatrics.  If one is going to identify themselves as a specialist in pediatrics, they should be required to pass the same arduous test and have spent an equivalent time treating sick children as I did (15,000 hours, to be exact.)

A second take away point is to emphasize the importance of transparency.  This mother was referred to a pediatric “doctor” for her newborn.  His website identifies him as a “doctor” and his staff refers to him as “the doctor.”  His DNP degree required three years of post-graduate education and 1,000 patient contact hours, all of which were not entirely pediatric in focus.  His claim to have expertise in the treatment of ill children is disingenuous; it is absolutely dishonest to identify as a pediatrician without actually having obtained a Medical Degree.

The practice of pediatrics can be deceptive as the majority of children are healthy, yet this field is far from easy.  Pediatricians are responsible for the care of not only the child we see before us, but also the adult they endeavor to become.  Our clinical decision making affects our young patients for a lifetime; therefore it is our responsibility to have the best possible clinical training and knowledge base.  Acquiring the aptitude to identify congenital cardiac abnormalities is essential for pediatricians, as delays in diagnosis may result in long-term sequelae such as pulmonary hypertension which carry with it a shortened life expectancy.

Nurse practitioners have definite value in many clinical settings. However, they should be required to demonstrate clinical proficiency in their field of choice before being granted independent practice rights, whether through years of experience or formal testing.  In addition, the educational background of the individual treating your sick child should be more transparent.  When it comes to the practice of medicine, the knowledge and experience required are so vast that even the very best in their field continue learning for a lifetime.

Raising our children is the most extraordinary undertaking of our entire lives. Parting advice from this resolute mother is to “trust your gut instinct, and no matter what, keep fighting for your child.” Choosing a pediatrician is one of the most significant decisions a parent will make.  This child faced more obstacles than necessary as a result of the limited knowledge base of her mid-level provider. A newly practicing pediatrician has 15 times more hours of clinical experience treating children than a newly minted DNP. When something goes wrong, that stark contrast in knowledge, experience, and training really matters.  There should be no ambiguity when identifying oneself as a “doctor” in a clinical setting; it could be the difference between life or death.