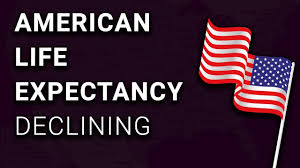 Newborns born in 29 other countries of the world have life expectancies exceeding 80 years; yet, an infant born in the US in 2016 is expected to live only 78.6 years according to recently released statistics. While death rates fell for 7 of the 10 biggest killers, such as cancer and heart disease, they climbed for the under-65 crowd. The irrefutable culprit is the unrelenting opioid epidemic.

Last year life expectancy declined for the first time since 1993. The last two-year decline was in 1962 and 1963, more than a half-century ago. I predicted (accurately) it would decline again this year unless there was a dramatic change in the primary care physician workforce. We are dying at a younger age today than two years ago– two months earlier to be exact. It might not sound monumental, but life expectancy is the king of noteworthy health statistics, making it quite significant in the grand scheme.

In the past, epidemics by definition were temporary; the narcotic epidemic will be anything but transient; there is no foreseeable end for the scourge of opioid addiction sweeping the nation. In my humble opinion, the solution to this dilemma is no different than it was last year, we must correct the primary care physician shortage. Time is of the essence. The last three-year decline occurred in 1912- 1914 as a result of the Spanish flu. Unfortunately, life expectancy will continue to decline until the nation makes comprehensive changes.

One in five Americans live in a primary care shortage area; the ratio of the population to primary care providers is greater than 2,000 to 1 (Bodenheimer & Pham, 2010), when it should be closer to 1,000 to 1. I am a third-generation primary care physician, with a unique historical perspective on how medical practice has changed since my grandfather made house calls back in 1940. My practice is currently located in a shortage area and the difference in volume compared to 16 years ago when I first hung a shingle, is extraordinary. Only 37% of doctors serve in primary care, yet 56% of the office visits are completed by that particular group of physicians (Health Resources and Services Administration, Bureau of Health Professions, 2008.) In my grandfathers’ time, primary care physicians made up 70-80% of the physician workforce.

Adding one primary care physician per 10,000 population, reduces mortality by 5.3%, avoiding 127,617 deaths annually. As an added bonus, primary care has a high rate of return on lives saved per dollar invested. Some healthcare policy experts believe the answer to the primary care physician shortage is to encourage physician extenders, such as nurse practitioners or physician assistants, to practice independently, a role for which their education was not originally intended. The misguided belief that the comprehensive education of a physician can be condensed into less than 5 years is preposterous.

The number of opioid prescriptions written in this country has doubled from 109 million in 1998 to over 200 million by 2011. As one example, studies show mid-level providers have markedly different prescribing practices when compared to their physician counterparts, a visit-by-visit comparison showed PA’s prescribe narcotics 19.5%, NP’s 12.4%, and physicians at 10.9% of visits overall. The differences between NP’s and physicians prescribing practices were most dramatic in rural areas, where the primary care physician shortage is most palpable. In the 2014 Drug Trend Report, NP’s and PA’s wrote 15.8% more opioid prescriptions for injured workers in 2013 than physicians.

Mid-level providers deliver high quality care in their role as physician extenders, however, if practicing independently right out of school, their fewer years of education reveal significant variations. Mid-levels report their patients are more satisfied when compared to patients with primary care physicians. Ironically, it is a well-established fact that the happier and more satisfied the patient, the more likely they are to die.

Life expectancy number will worsen in direct proportion to the primary care shortage. No one needs a crystal ball to predict the number and frequency of narcotics prescriptions will continue to increase nationwide when financial incentives emphasize the “satisfied” patient over one that is alive. A recent Huffington Post article lamented the fact the Canadian government ignored primary care physicians who predicted the impending physician shortage. “It’s precisely the front-line healthcare workers that know where the flaws and inefficiencies are. It’s time for governments to connect with them… to help fix the problems in healthcare.”

Primary care physicians in the U.S. have been relegated to the back room. As a result, people are dying younger than before. One year ago, I asked whether declining life expectancy was just the tip of the iceberg, suggesting we should turn our attention to the dwindling supply of primary care physicians. What will it take for those in charge sit up and pay attention? How low will life expectancy have to go? Stay tuned…