Health Savings Accounts: Are Lawmakers Being Target-ed or Getting Amazon-ed?

Health Savings Accounts: Are Lawmakers Being Target-ed or Getting Amazon-ed? 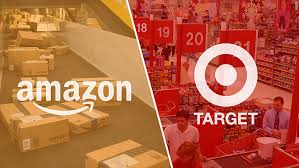 Health Savings Accounts (HSAs) allow individuals to use pre-tax dollars to pay for high deductibles and other uncovered medical expenses. Currently, individuals are ineligible for tax-advantaged HSA contributions if they have “other” coverage in addition to a High Deductible Health Plan (HDHP.) Expanding HSAs to fund out-of-pocket expenses for routine healthcare places control directly in the hands of patients, a move that could bring down health expenditures. Large corporations are wrestling for control to direct where patients spend their hard-earned money.

A group of lawmakers recently introduced the “bipartisan” Health Savings Account Improvement Act of 2018 (H.R. 5138). This bill allegedly “expands” HSA coverage to allow use at “retail-based” (think CVS/Target) or “employer-owned” clinics (think Amazon) without losing eligibility to make tax-advantaged contributions to their HSAs. Increasing the flexibility of HSAs is a laudable goal yet, this legislation herds Americans like sheep into Minute Clinics for the benefit of corporate shareholders.

This bill should not become law. If HR 5138 passes, retail and employer-based clinics will become profit centers. Alternative legislation, known as the Primary Care Enhancement Act (H.R. 365), amends the definition of “qualified medical expenses” to include fees paid to physicians as part of a “primary care service arrangement.” This common-sense legislation flounders in Congress every year.

A minute clinic seems convenient, but that is an illusion. In my experience, approximately one-third of patients are misdiagnosed at retail-based clinics, which drives up cost exponentially. Many years ago, a little girl was seen twice at a “retail clinic” without improvement. Presenting initially with abdominal pain, she was diagnosed with a urinary tract infection. She returned the next day with a rash and was examined by a different “provider.” He concluded her rash was caused by an allergy to an antibiotic.

On Monday morning, the mother brought her daughter in to my clinic. She did not have hives. She had petechiae – purplish spots that do not blanch – covering the lower half of her body. She had an uncommon pediatric condition known as Henoch-Schonlein purpura, an auto-immune condition, which causes complications when it goes unrecognized. How many visits to the retail clinic would be necessary to get it right? I do not want to know.

The lawmakers sponsoring this misguided legislation are Rep. Mike Kelly [R-PA-3], Rep. Brian K. Fitzpatrick [R-PA-8], Rep. Blumenauer [D-OR-3], Rep. Erik Paulsen [R-MN-3], Rep. Ron Kind [D-WI-3], and Rep Terri Sewell [D-AL-7]. Why are lawmakers giving “retail clinics” a leg up on the competition? It appears they have been either Target-ed or Amazon-ed.

Representatives Kelly and Fitzpatrick appear to be afflicted with Amazon fever; two cities in their great state of Pennsylvania are currently under consideration as Amazon HeadQuarters 2. Rep. Paulsen hails from Minnesota, where two of the nations’ leading retailers, Target and Best Buy, have their corporate headquarters. The Target Corporation is the top contributor for his entire legislative career. The Target Corporation also contributes heavily to Rep. Ron Kind from Wisconsin, another co-sponsor, hailing from the Midwest.

HSA expansion will be a bonanza for the banking, finance and credit industries, who hold and service HSA funds. Rep. Terri Sewell from Alabama has close ties to these sectors, which make up some of her best contributors when separated by industry. Rep. Blumenauer, from Oregon, is strongly supported by the Retail Industry Leaders Association (RILA,) a trade group for the world’s largest retailers and distribution centers [translation: Amazon]. In the financial sector, Berkshire Hathaway, a multinational holding company, is a top contributor to the Blumenauer re-election campaign.

Our Government should be Of the people, By the people and For the people – not Of Target, By Amazon, and For Berkshire Hathaway. Being seen by a midlevel provider at a big box retailer cannot save money. Lawmakers sponsoring H.R 5138 are doing the nation a grave disservice by sponsoring this atrocious legislation. The playing field should, at least, be level. Health Savings Accounts (HSAs) must be expanded to allow patients to choose independent physicians, direct primary care practices, retail-based, or employer-based clinics. Americans are quite capable of spending their healthcare dollars wisely.