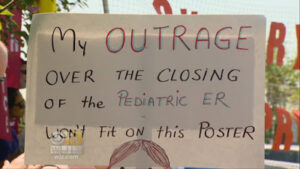 Baltimore County, Maryland is one hour north of Washington DC, where politicians appear impotent to contain runaway healthcare expenditures. In January 2014, the Centers for Medicare and Medicaid Services (CMS) in partnership with the state of Maryland, piloted an “All Payer Model,” where every insurer, including Medicare and Medicaid, paid a fixed annual amount irrespective of inpatient or outpatient hospital utilization. Maryland agreed to transition hospitals from fee-for-service arrangements to this global capitation model over five years.

Capitation, in general, reimburses a fixed amount per patient, unrelated to service volume. This sets an artificial fiscal ceiling and disincentivizes hospitals, physicians, and other healthcare personnel to provide healthcare. The philosophy is if hospitals or physicians reduce their output and save money, the unused funds can be kept by the organization. The basic premise of capitation pays hospitals, physicians, and others to AVOID providing care, an unfortunate consequence.

Maryland is experimenting with global capitation, which allots a fixed sum to an institution from each payer, making revenue predictable, while at the same time, encouraging stewardship by the hospital to allocate funds wisely. When expenses are lower than the prearranged sum, that hospital retains the leftover funds as additional profit. To ensure care is not withheld to increase revenue, quality measures are assessed and shared publicly. A 2015 report in the New England Journal of Medicine showed expenditure reductions of 0.64% and inpatient admissions decreased by 5%. However, with unproven payment arrangements, unintended consequences always occur.

The unforeseen casualty in this story is the pediatric department at MedStar Franklin Square Hospital. On April 3rd, 2018, MedStar abruptly announced all pediatric inpatient care and emergency services were closing, effective April 6th, and all pediatric staff, including eight physicians, were terminated. Sadly, Baltimore County is home to some of the nations’ most vulnerable families, struggling with high rates of drug addiction, domestic violence, and poverty. The hospital catchment area serves children attending thirty-seven schools, half of whom are covered by Medicaid. In 2017, Franklin Square pediatric ER evaluated 17,000 children and over 800 were admitted as inpatients.

For hospitals in global capitation arrangements, higher profit margins materialize in those service lines with low utilization. Commercially insured patients bear responsibility for out-of-pocket costs, co-pays, cost shares, and deductibles; therefore, they tend to be low utilizers. It is well accepted that costs generated by Medicaid patients are considerably higher than commercially insured patients. Following Oregon Medicaid expansion, emergency department (ED) visits increased by 40% and follow up studies determined this upsurge did not dissipate over time. MedStar Franklin Square has finite monetary resources; the pediatric service line is a “loss leader” when half of the pediatric patients have Medicaid coverage.

In the corporatized medicine world, improving profit margins is essential to justify inflated executive salaries, such as those of CEOs Kenneth Samet and Samuel Moskowitz, who in 2015, grossed nearly $5 million and $1 million, respectively. MedStar Franklin Square, a nonprofit hospital, was granted tax-exempt status in exchange for providing services to local communities, such as charity care and medical outreach. However, global capitation payment arrangements slim the profit margin substantially, requiring maximum efficiency to optimize revenue.

When hospitals make short-sighted decisions, the public should know the increased risk they will face. Pediatricians are specially trained to provide care to children, their expertise lowers mortality rates for patients under the age of 18. The death of 12-year old Rory Staunton is a cautionary reminder of consequences when subtle signs of disease in children are overlooked by non-pediatric experts. Medical records released by his parents, showed he had signs of impending sepsis, including fever, elevated heart rate and respiratory rate, and a blood pressure of 103/50, far below normal in an adolescent who is 69 inches tall and 169 pounds.

The U.S. Department of Health and Human Services (HHS) is condoning hospital systems to sacrifice the lives of children to reduce healthcare costs through global capitation. MedStar Franklin Health likely prefers treating commercially insured patients over those on Medicaid. They are not alone. One year ago, Mayo CEO Dr. Noseworthy encouraged prioritizing commercially insured patients over those on Medicaid to preserve financial strength of the institution. Small and large communities throughout the nation have lost critical access, including Albert Lea, Minnesota, Kitsap County, Washington,  and Louisville, Kentucky, yet politicians are too distracted by legislative gridlock to see what is happening in their own backyard. Bob Dylan said it best, “How many deaths will it take ‘till he knows that too many people have died?” The answer is not to hinder access or discourage utilization; the answer, my friend, is to incentivize hospitals to protect the lives of our most vulnerable citizens.