Prior Authorizations: Who is Responsible for the Death of a Patient when Insurers Practice Medicine?

Prior Authorizations: Who is Responsible for the Death of a Patient when Insurers Practice Medicine? 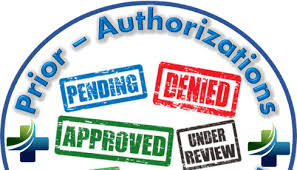 In July, 2009, the family of Massachusetts teenager Yarushka Rivera went to their local Walgreens to pick up Topomax, an anti-seizure drug that had been keeping her epilepsy in check for years. Rivera had insurance coverage through MassHealth, the state’s Medicaid insurance program for low-income children, and never ran into obstacles obtaining this life-saving medication.

But in July of 2009, she turned 19, and when, shortly after her birthday, her family went to pick up the medicine the pharmacist told them they’d either have to shell out $399.99 to purchase Topomax out-of-pocket or obtain a so-called “prior authorization” in order to have the prescription filled.

Prior authorizations, or PAs as they are often referred to, are bureaucratic hoops that insurance companies require doctors to jump through before pharmacists can fulfill prescriptions for certain drugs. Basically, they boil down to yet another risky cost-cutting measure created by insurance companies, in keeping with their tried-and-true penny-pinching logic: The more hurdles the insurance companies places between patients and their care, the more people who will give up along the way, and the better the insurers’ bottom line.

PAs have been a fixture of our health care system for a while, but the number of drugs that require one seems to be escalating exponentially. Insurance companies claim that PAs are fast and easy. They say pharmacists can electronically forward physicians the necessary paperwork with the click of a mouse, and that doctors shouldn’t need more than 10 minutes to complete the approval process.

But in my experience, that’s rarely the case. In order to get my patients the drugs they need, I regularly spend more than half an hour on the phone with ill-trained customer service reps who don’t know the first thing about pharmaceuticals and whose job description consists of being as obstructionist as possible.

And I’m not alone. A video by an independent physician with a sense of humor documented his Kafka-esque bid to obtain a PA for a patient. The video lasts 21 agonizing minutes. And studies have shown that PAs gobble up at least 20 hours per week in the average physician’s office. Even in an age when many aspects of practicing medicine in the United State have become nightmarish, PAs hold a place of particular sinister distinction.

Now, back to the Rivera case in Massachusetts. After Walgreens declined to fill Yarushka’s Topomax prescription, her family returned to the pharmacy four more times –each time without success. (It’s unclear whether or not Walgreens ever actually sent an authorization request to the physician’s office.)

Without the drug she’d relied on for years, Yarushka had three seizures. The last one proved fatal.

Her grief-stricken family subsequently filed a wrongful death suit – not, as might be expected, against the insurance company that required the PA in the first place, but rather against Walgreens, Yarushka’s physician and his practice.

To my mind, this case gets it all wrong, and in so doing, potentially dangles Damocles’ sword over the heads of each and every physician and pharmacist practicing in the United States today. The fact is that both Yarushka’s doctor and the Walgreens pharmacist did their jobs: Her physician issued a prescription for the life-saving anti-seizure drug, and the pharmacist tried to dispense the medication. It was Yarushka’s insurance company — not the physician or the pharmacist — that was the monkey wrench, arbitrarily denying coverage for her medication without any reasonable justification.

Medical malpractice is defined as negligence by act or omission in cases where the prescribed treatment fell below the accepted standard of practice and caused injury or death. In the Rivera case, MassHealth alone created the barrier between Ms. Yarushka and her life-sustaining medication. The insurance company was, effectively, practicing medicine without a license. And it alone should be held accountable for the tragically predictable outcome after overriding the sound judgement of her physician and pharmacist.

But because of a legal doctrine called sovereign immunity, which shields states from civil or criminal prosecution, it’s highly unlikely that MassHealth, a state-run insurer, will ever face legal consequences from the Yarushkas — or any other, for that matter. How many more patients have to die before we force insurers to prioritize patients over profit?

The Rivera case is still winding its way through the court system in Massachusetts, but a verdict against Walgreens will open a Pandora’s box for medical professionals across the country, effectively holding them legally liable for the decisions and practices of an all-powerful third party that’s under no obligation to follow their medical recommendations. If MassHealth is not held accountable for causing the wrongful death of Yarushka Rivera, then more insurers will be emboldened to practice medicine without a license, which will surely lead to the deaths of countless other patients nationwide.