Can Physicians Push Back Against Big Pharma?

Can Physicians Push Back Against Big Pharma? 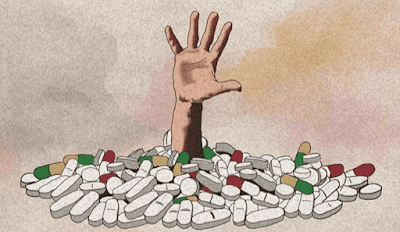 A few weeks ago, I saw a young patient who was suffering from an ear infection. It was his fourth visit in eight weeks, as the infection had proven resistant to an escalating series of antibiotics prescribed so far. It was time to bring out a heavier hitter. I prescribed Ciprofloxacin, an antibiotic rarely used in pediatrics, yet effective for some drug-resistant pediatric infections.

The patient was on the state Medicaid insurance and required a so-called prior authorization, or PA, for Ciprofloxacin. Consisting of additional paperwork that physicians are required to fill out before pharmacists can fill prescriptions for certain drugs, PAs boil down to yet another cost-cutting measure implemented by insurers to stand between patients and certain costly drugs.

The PA process usually takes from 48-72 hours, and it’s not infrequent for requests to be denied, even when the physician has demonstrated an undeniable medical need for the drug in question.

I saw my patient with the persistent ear infection on a Thursday afternoon. It would be Monday, at the very earliest, that his Ciprofloxacin prescription could be filled – provided the insurance company granted my PA request. Because he needed the drug as soon as possible, the patient’s mother and I called the pharmacy to see how much a 100ml bottle of Ciprofloxacin would cost if she were to pay out of pocket. The answer was $135 – an almost unthinkable sum for a single mother of three who was working two jobs to make ends meet.

That’s when my frustration led to a breakthrough.

As my patient and his mother waited, I contacted Andameds, one of the country’s largest distributor of wholesale generic drugs. I was told that the same 100 ml bottle of Ciprofloxacin that would have cost $135 at the pharmacy could be purchased directly by me for under $20. It arrived at my office the next day, and I sold it to my patient’s mom at cost, thus bypassing the insurer and the pharmacy benefit manager (PBM) entirely.

Bypassing both the insurer and PBM entirely will soon take on a great deal of significance to physicians and their patients.

The PBMs are essentially middlemen, who go between pharmaceutical companies and insurers, negotiating lower prices for drugs bought in bulk and passing much of those savings on to the insurance company. (They make their money on the margin between what the pharmaceutical companies charge for the drugs and the slightly up-charged price PBM’s charge the insurance companies.) According to recent disclosures, CVS and Express Scripts—two of the largest PBM’s in the nation – are passing 95-98% of the rebates they receive from the drug manufacturers on to the insurers.

While it is not clear exactly what insurers are doing with the revenue generated through drug rebates, it is obvious why a merger between CVS and insurance giant, Aetna, might be so lucrative. If the Department of Justice approves this merger of titans, it will surely pave the way for another, between insurance behemoth Cigna and Express Scripts – which is, along with CVS and OptumRx, one of the Big Three in pharmacy benefit management entities. After merging into one entity, it is conceivable that Aetna-CVS and Cigna-Express Scripts will control price, access, and distribution of drugs for the majority of the U.S. population.

Purchasing generic medications through Andameds allows me to bypass the insurer and the PBM, and purchase Epi-Pens for $300, compared to the $600 retail price; Amoxicillin suspension for $2 per bottle, compared with $15; and just about any other generic medication for pennies on the dollar.

Darwin said, “It is not the strongest of the species that survive, nor the most intelligent, but the one most responsive to change.” At the rate we are going, a bottle of Amoxicillin suspension will soon cost more than $1000. With the pharmaceutical industry poised to become increasingly vertically integrated, this sort of direct distribution of medications by independent physicians, like me, can be an efficient and effective way to get necessary drugs into the hands of patients who need them at prices they can afford.