Will the CVS-Aetna Merger Give Aetna Freedom to Kill?

Will the CVS-Aetna Merger Give Aetna Freedom to Kill? 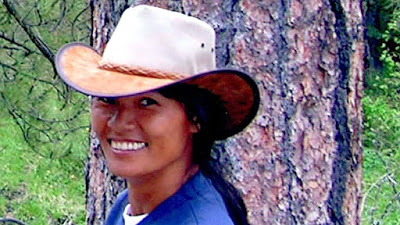 The United States has a worldwide reputation for litigiousness. And it seems like just about everyone the world over is familiar with that anecdote about the woman who won millions after suing McDonalds because their coffee was too hot. (Never mind that coffee is expected to be hot as molten lava.)

But there’s one thing we never see in our notoriously litigious country: Patients and their families suing their health insurance companies over their profit-driven decisions to deny potentially life-saving treatments.

That is, we never used to, until a recent case turned that notion on its’ head.

Recently, a jury in Oklahoma City ordered insurance giant Aetna to pay $25 million to the family of Orrana Cunningham, an Aetna customer who died of cancer after the company refused to cover radiation therapy. “The jury ruled that Aetna recklessly disregarded its duty to deal fairly and in good faith with Cunningham,” according to a Nov. 10 article by the Associated Press.

Cunningham was diagnosed with Stage 4 nasopharyngeal cancer, a rare type of head and neck cancer that starts in the upper reaches of the throat. Her physicians prescribed proton beam therapy, a form of radiation that would attack the tumor accurately enough to reduce her risk of serious complications, such as blindness.

The treatment had been approved by the Food and Drug Administration and was covered by Medicare. However, Aetna declined to cover it, after three separate medical directors alleged this treatment was “experimental.” To save the love of his life, Orrana’s husband of 28 years, Ron Cunningham, a retired Oklahoma City firefighter, mortgaged their home and set up a GoFundMe page to raise the $92,082.19 needed to pay for the treatment. But it was too late. Before the family raised that prodigious sum, Orrana Cunningham died of a viral brain infection on May 30, 2015.

But before passing away, Orrana filed suit against Aetna for “bad faith,” as part of her fruitless attempt to force the insurer’s hand. After her death, Ron decided to proceed with the suit, taking Aetna to court.

At trial, all three medical directors acknowledged they’d spent more time preparing for the lawsuit than they had on the decision to deny Ms. Cunningham’s life-saving medical treatment. Still, Aetna’s attorney, John Shely, thanked the medical directors personally for denying Orrana’s coverage and in closing arguments, went so far as to say he was proud of their decision.

While Aetna has vowed to appeal the ruling, Ron Cunningham’s attorney, Doug Terry, said he hoped the case would prove a watershed. “We believe this case pulled the curtain back on what goes on at a health insurance company when claims are being denied,” he told reporters.

One can only hope, as, tragically, Orrana Cunningham’s case is anything but unusual.

Insurers in the U.S. deny coverage for life-saving treatments on a daily basis, and our legislation doesn’t hold the insurance companies or their medical directors — those who make the ultimate decision after coverage denials are appealed–accountable.

Take any run-of-the-mill practicing physician like me, for example. If an improper medical decision on my part results in the death of my patient, I could have my medical license suspended or even revoked – not to mention facing the possibility of a malpractice suit.

Ironically, medical directors at insurance companies – almost invariably licensed medical doctors – face no consequences when their poor medical decisions harm or even kill patients. It may seem like common sense that physicians employed by insurance companies should be charged with unprofessional conduct when the medical decisions they make fail to meet the standard of care, but the fact is they rarely, if ever, are.

That’s because, unfortunately, health insurers fall outside the jurisdiction of state Medical Boards and are overseen by the Office of Insurance Commissioner (OIC) in each state, an entity with more bark than bite.

Last year, California’s Office of the Insurance Commissioner launched an investigation on Aetna after learning their former medical director, Dr. Jay Iinuma, admitted under oath that he never reviewed patients’ medical records when deciding to approve or deny care for patients. Despite the outrageous admission by the medical director, California signed off on the Aetna-CVS merger last week, meaning there will be little more than a slap on the wrist for Aetna or their employed physician.

Insurance companies and the paper-pushing physicians in their employ have a clear conflict of interest: They’re job is to watch out for the company’s bottom line by signing off on the denial of costly treatments, regardless of whether those treatments could save patients’ – their customers’ – lives.

Hopefully, the stunning Orrana Cunningham decision has put us on a path toward increased insurer accountability. With Aetna’s $69 billion megamerger with pharmacy giant CVS Health expected any day now, the stakes have never been higher.