Can CEO’s Dean and Lofton Perform A Miracle through the CommonSpirit Health Merger?

Can CEO’s Dean and Lofton Perform A Miracle through the CommonSpirit Health Merger? 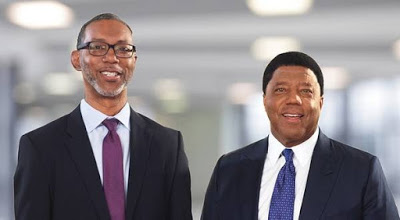 Last week the community learned that exterior work on the Harrison Medical Center expansion project in Silverdale will slow down for an unspecified period of time and interior work will temporarily be deferred. In the face of reduced revenue due to increasing labor costs coupled with lower insurance reimbursement, CHI Franciscan likely had no other choice. The parent corporation, Colorado-based Catholic Health Initiatives, has made budget adjustments in order to remain financially solvent.

CHI Franciscan is not alone in their struggle for solvency. Moody’s Investors Service recently issued a negative outlook on the nonprofit healthcare and hospital sector for 2019. The change in rating from “stable” to “negative” reflects Moody’s prediction that operating cash flow will either remain flat or decline by as much as 1 percent and bad debt will increase this year. Moody’s predicts expenses will outpace revenue due to workforce issues, including the ongoing need for temporary nurses and continued recruitment of employed physicians.

Nonprofit hospitals, in general, are facing challenging times. And that challenge is going to reverberate through our county, whether that means a major facility on a new construction timeline or further corporate creativity to reduce health care costs.

To that end, a year ago Catholic Health Initiatives and Dignity Health signed a formal agreement to join “ministries” and create a $28 billion health system giant with more than 700 facilities across 28 states. The merger is expected to be finalized by the end of the year. After receiving approval from the Federal Trade Commission and the Vatican, the newly combined organization — which becomes the largest non-profit hospital system in the country — will be known as CommonSpirit Health.

The new moniker reflects both the entity’s faith-based mission and the essence of those providing care to patients. According to CHI CEO Kevin Lofton, “We appreciate how the manifestation of the Spirit is woven into so many messages – God’s gift of compassion, the calling to heal others and the serving the common good. Each comes together and is reflected in just one powerful word, CommonSpirit.”

While “common” doesn’t seem all that powerful to me, the fundamental question is whether merging two non-profit healthcare giants will boost the financial outlook for the newly combined corporation.

At one time, Dignity executives had expressed concern over CHI’s financial performance and heavy debt load. But there was little reticence in the remarks of CEO Lloyd Dean, who recently said, “we remain steadfast in the belief that we can deliver a bold new health care enterprise of the future through our alignment with Catholic Healthcare Initiatives.”

His confidence in mergers may be based on financial statements, though revenue and expense isn’t always a safe forecast of what’s coming next.

For example, acute admissions and outpatient visits declined 5 percent from 2017 to 2018 for CHI, yet the company’s operating loss fell during that time period, from $593 million to $276 million. It stands to reason in the face of reduced revenue, they accomplished this feat by cutting costs, including labor, benefits, supplies and other overhead expenditures.

Dignity Health, a San Francisco-based system, looks formidable on paper, posting a net income of $988 million in fiscal year 2018, up from $425 million in 2017. However, these numbers were boosted by a backlog in the California Provider Fees, which generated $447 million for 2018 and an additional $217 million in “catch-up” revenue from 2017. A quirky twist via the U.S. HealthWorks merger, an urgent care and occupational medicine subsidiary, garnered a one-time cash influx of $500 million plus a $120 million bonus on top of that.

Sounds like a solid financial base for the new company. However, the regulatory burden of hospital consolidation can be costly and can leave open questions like the one Kitsap consumers may rightfully be asking about Harrison’s future.

The California Attorney General made merger approval contingent on a number of charity care requirements, including creation of a program for homeless healthcare initiative and implementing a 100 percent discount to patients who earn up to 250 percent of the federal poverty level. CommonSpirit Health will invest $20 million over six years toward the homeless healthcare program alone, that will serve 30 communities in California where Dignity Health operates hospitals. How will these financial commitments in California affect future decisions nationwide if expenses must be reduced?

Loften, the CHI CEO, recently told the Denver Business Journal, “If we do our jobs right, we won’t look like a hospital company. We still will have hospitals, but there will be fewer people in them.” But CommonSpirit Health is a hospital company, at least, for now.

There’s little doubt Harrison and CHI will retain their footprint in Kitsap, but hospital mergers around the country haven’t always demonstrated that having more facilities under a common name bolsters the bottom line. Who knows what that will mean for a patient’s healthcare options in Kitsap County into the future, and for the health of our lone hospital.