Medicaid Expansion: Nothing But an Empty Promise for Children

Medicaid Expansion: Nothing But an Empty Promise for Children 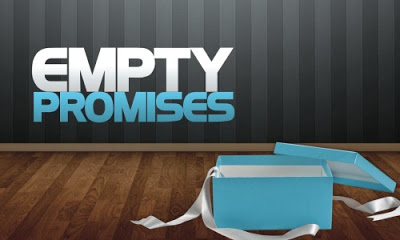 Recently, a child was on a waitlist for five months to get into my practice. For this article, I will call him Tiny Tim.

Tiny Tim, now 5 years old, has a skin condition known as eczema or atopic dermatitis. When we first met, virtuously every area of his body was covered with wounds from constant scratching. Skin that breaks easily and heals poorly can give bacteria access to other parts of the body. After our first visit his mother complied with all the necessary care and his condition was slowly improving.

But on a weekend day in December Tim was rushed to an urgent care center, with a fever and pain in his ankle. He had no history of injury and the blood work, at first glance, indicated only mild infection. He was diagnosed with a virus and sent home. Two days later his fever spiked to 103 degrees and he refused to walk, insisting on being carried everywhere, so his mother brought him to my office.

He looked sick. Here was a usually defiant boy whose expression telegraphed fear and pain. On examination, his ankle was warm and swollen; he nearly jumped off the table when I flexed his joint. Having eczema increased his risk of developing a joint infection and additional bloodwork supported the presence of a serious bacterial infection.

Today, despite advances in antibiotics and surgical treatment, significant joint destruction can occur in children if infection is not caught early. It can lead to life-threatening complications and even death. Within hours, he was admitted to Seattle Children’s Hospital and operated on the following morning. By the end of the month, he was skipping into my office as if nothing ever happened, if not for the IV line in his arm delivering daily antibiotics at home.

I remember wishing there had been space in my practice earlier than the five-month mark. But Tiny Tim is on the state’s Apple Health plan, which is Washington’s Medicaid option for children, and providers can realistically only accept a certain number of those patients. He faced a delay that points to a serious flaw in the good intentions of the Medicaid expansion for children.

For the first time in a decade, the number of uninsured children in the United States increased in 2018. Apple Health seemed like the quintessential success story because it expanded Medicaid coverage for children — in Kitsap County alone, the number enrolled grew from 9,000 to over 21,000 in the last 10 years. However, Medicaid reimbursement also decreased by more than 35 percent, after a federal provision that kept Medicaid payments on par with Medicare expired in 2015. Some states set aside funding to maintain rates equal to those of Medicare, but Washington was not one of them.

Medicaid reimbursement is set at two-thirds the rate of Medicare, forcing many physicians to limit the number of children they treat on Medicaid to keep their doors open. Physician costs amount to just 8 percent of all healthcare expenditures, a small slice of the healthcare pie. Every day, physicians are retiring early or closing their doors; those who remain on the front lines have more patients than the capacity to manage.

Sarah Rafton, the executive director of the Washington Chapter American Academy of Pediatrics (WCAAP), calls Medicaid expansion “a hollow promise.” She told the Columbian newspaper of Vancouver, “This isn’t about doctors who… want to make a lot of money. If half of your potential patients are on Medicaid, it becomes difficult to sustain your practice.” To my dismay, I have to limit the number of Medicaid patients in my own practice.

Tiny Tim received timely, high quality pediatric primary and specialty care. He deserved nothing less. Children like him need health care funding parity so primary care physicians can afford to stay in business. But the Washington State Legislature has been loath to fund health care for children on Medicaid. Getting access to high quality healthcare can seem akin to winning the lottery.

Last year, Rep. Monica Stonier (D-Vancouver) introduced a bill aimed at increasing reimbursement rates for treating children and pregnant women. Local Reps. Sherry Appleton (D) and Michelle Caldier (R) were co-sponsors. The bill got a hearing but died in committee. The “Medicaid parity bill” has been reintroduced for the session that opens this coming week, calling for $80 million in state funding to raise Medicaid reimbursement to that of Medicare, $30 million of which would be designated for pediatric primary care.

When Medicare rates are already considered the “bottom line,” why is Medicaid reimbursement below sustainability? Who will care for children like Tiny Tim if basic medical care for children remains underfunded? As we open a new year, please think about children like Tiny Tim and the 840,000 other children also enrolled in Apple Health of Washington. And then contact your local representatives and encourage them to support legislation to bring reimbursement up to the Medicare equivalent.