Being a Woman Physician: The Blank Wall of Social and Professional Antagonism #NWPD2019

Being a Woman Physician: The Blank Wall of Social and Professional Antagonism #NWPD2019 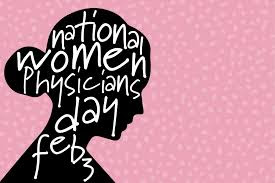 February 3rd is designated National Women Physicians Day, in honor of Elizabeth Blackwell, the first woman in the U.S. to earn a medical degree. Dr. Blackwell said, “a blank wall of social and professional antagonism faces the woman physician.” She was right. Recently, an 85-year old retired surgeon shared that my ‘antagonistic attitude’ is unbecoming; his unsolicited comment reminds me why celebrating this day is important for all women.

Dr. Mary Edward Walker was a female physician who embodied “antagonism.” She is the only female recipient of the Congressional Medal of Honor in U.S. history, cited for valor as a surgeon on the Civil War battlefield. She was also an abolitionist, prisoner of war, suffragist, writer and speaker. Two years before her death, the Army revoked her award yet she refused to comply. Her life story is inspiring.

Mary was raised by progressive, “freethinking” parents, who founded a schoolhouse to ensure their six daughters were as well-educated as their son. In defiance of convention, her family shared work equally on their farm, encouraged independence and disregarded traditional gender roles.

Mary paid her way through Syracuse Medical College graduating with honors in 1855. She married Albert Miller, a fellow medical student, yet removed “obey” from her vows and retained her last name, like many female physicians today. Unfortunately, due to Albert’s philandering – he impregnated two patients – the couple divorced thereafter.

At the start of the Civil War, she volunteered as a surgeon for the Army, but the Secretary of War refused to commission a woman as anything other than a nurse. She could have posed as a man, like 400 other women that graced the battlefield, but felt obscuring her gender contradicted her primary goal, which was breaking the gender barrier.

Dr. J.N. Green, the lone surgeon at a temporary infirmary in the U.S. Patent Office, hired her as an assistant surgeon. After her request for compensation was denied by the U.S Government, she accepted the position without pay.

Over time, more surgeons began working at the infirmary and Dr. Walker became concerned some were amputating limbs—which was a controversial practice –unnecessarily for practice. The mortality rate for amputations at the knee was 60%, while those done at the hip were more than 80%. Seeing injustice, Dr. Walker counseled soldiers against amputation when medically appropriate. Her reputation for being bold, skilled and a friend to the soldiers grew and resulted in families seeking her out to treat their injured sons, brothers and husbands.

The Army refused to commission Dr. Walker as a surgeon, until Assistant Surgeon General Robert Wood observed her work at the Battle of Chickamauga and broke precedent, offering her a paid position as assistant surgeon with 52nd Ohio Infantry. She crossed enemy lines as both spy and surgeon until Confederate troops captured her in 1864. The notorious “female Yankee surgeon” was imprisoned at Castle Thunder, a Richmond prison known for its brutality. The maltreatment and starvation she endured would haunt her for the rest of her life, but even after her release via prisoner exchange, she continued seeking a ‘retroactive commission’ as a medical officer.

The Army Judge Advocate General determined that while there was no precedent to commission a female, a “commendatory acknowledgment” could be issued in lieu of the commission. Generals William T. Sherman and George H. Thomas provided testimonials of her service and President Abraham Lincoln recommended her for the award shortly before his death for “untiring service on the field of duty.” On November 11, 1865, President Andrew Johnson bestowed the Medal of Honor upon Dr. Mary Walker, citing her valor on the battlefield during the Civil War as worthy of receiving the nation’s highest civilian honor.

After the war, she became a writer and speaker supporting the women’s suffrage movement. In 1917, the Army reevaluated eligibility for the Medal of Honor and rescinded her award. According to folklore, when federal marshals arrived to reclaim her medal, she met them at the door wearing her medal and brandishing a 12-gauge shotgun. In defiance, Mary Walker continued wearing the medal every day until her death, at 86, on February 21, 1919, just four months before Congress passed the Nineteenth Amendment, granting women the right to vote.

Fifty years later, Mrs. Anna Walker, a distant relative, lobbied the Army to reconsider the Medal of Honor revocation. She said, “Dr. Mary lost the medal simply because she was a hundred years ahead of her time and no one could stomach it.” Upon the Army’s recommendation, President Carter ordered restoration of the Congressional Medal of Honor to Dr. Mary E. Walker on June 19, 1977. To this day, she remains the only female recipient of this award in U.S. history.

May Drs. Walker and Blackwell inspire us to embrace antagonism and change the world.