If You Call Me a “Provider”, I Will Assume You are a Nazi

If You Call Me a “Provider”, I Will Assume You are a Nazi 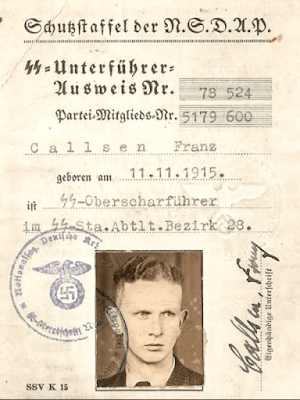 As a physician, I am proud of the degree I earned. Upon graduation from medical school, my diploma conferred the title of physician and medical doctor, it did not say “provider.” The word “doctor” originates from the Latin “docere”, meaning to teach. I value highly my role as a teacher to patients, students, residents and colleagues. Physicians should accept nothing less than the title we worked hard to obtain through a great deal of personal and professional sacrifice. It was a small price to pay to join that sacred society of men and women who have devoted their lives to healing.

The source of any argument can often be found by looking at the language used to frame it. The use of the term “provider” devalues physicians and is a professional insult, no different from that of discrimination based on my race, ethnicity, religion, or gender.

“Provider” was first utilized by The Third Reich, who embraced this moniker to degrade Jewish physicians as medical professionals. The historic root and use of the word “provider” deserves our attention and reflection because if we forget the tragic mistakes of history, we may be doomed to repeat them. While the more recent movement to disrespect the education and training of physicians was the brainchild of the federal government and corporatized medicine, this disdain for medical expertise has occurred before–to Jewish physicians living in Germany in 1937, before World War II.

Among those pediatricians were many influential scientists who left a lasting impact on the pediatric field. Eduard Heinrich Henoch –famous for identifying a condition called Henoch-Schonlein Purpura – which can be serious and even life-threatening for children. Abraham Jacobi was a pioneer in pediatrics, opening the very first clinic to exclusively treat children in the United States.

In 1933, the German Society of Pediatrics asked pediatricians who were Jewish to voluntarily resign or be removed from the membership roster. Surprisingly, an organization that should have been committed to the preservation of all humanity, wholeheartedly embraced Nazi policy, holding their first Aryan National Pediatric meeting in 1934.

According to Dr. Saenger, who wrote Jewish Pediatricians in Nazi Germany: Victims of Persecution, “the 1937 issue of the Reichs Medizinal Kalender, a directory of doctors, the remaining Jewish doctors in Germany were stigmatized by a colon placed before their names. Their medical licenses were revoked in 1938. They could no longer call themselves “Arzt” or “doctor.” They were degraded to the term “Behandler” or freely translated, “provider.” The Jewish doctors had lost their government approbation. They could no longer hang out their shingle and even their prescription pads had to reflect the new law restricting their patients to other Jews.”

These acts, perpetrated by the Nazi regime, were intended for the purposes of systematic humiliation and denigration of those who had earned the title of doctor through education and training. Following these regulatory measures, a mass exodus of 750 pediatricians from Germany, Austria and Prague ensued. In all, about 50 pediatricians were deported to concentration camps in Eastern Europe, seven of whom survived by the war end. Those pediatricians who were deported took responsibility for the care of the children who were with them and a few brave pediatricians accompanied the children into the gas chambers.

Insulting any person on the basis of their race, ethnicity or gender is morally wrong. Using the word “provider” to describe a physician is and will always be insulting, personally and professionally; it is demeaning and devalues the education and degree conferred upon every physician. Why are physicians forced to suffer repeated use of this derogatory professional insult? And why have physicians as one professional body not risen up in anger at this injustice?

Because physicians are a conduit for insurance companies, hospitals, and even the government, to maintain the flow of money from patients in the healthcare marketplace. The word “provider” also encourages us to consider health care as a commodity and the physician-patient encounter as more business transaction than relationship, which must be grounded in trust and mutual respect. Physicians must not surrender professionalism to commercialism.

One only has to look at the emergence of electronic health record mandates, which facilitate billing for third-parties, and prior-authorizations, which restrict the clinical decision making by physicians to understand how fundamentally irrelevant our profession has become. Federal law has made it illegal to provide pro-bono care to Medicaid or Medicare patients. These and other “innovations” have insidiously dismantled health care delivery. I do not know when physicians accepted being called “providers,” but I do know that we must stop tolerating it. That time is now.